Sell art from your collection

Provenance
From the Estate of Friede Gorewitz Previously in the collection of Friede & Rubin L. Gorewitz 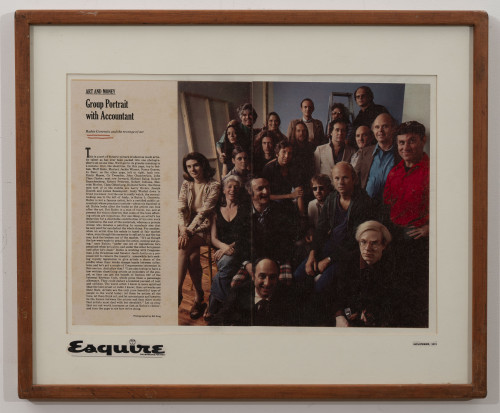 A Certified Public Accountant whose clients included some of the 20th Century's most well-known artists, Rubin L. Gorewitz was a friend of and critical business partner to Andy Warhol, Robert Rauschenberg, Richard Serra, Robert Indiana, James Rosenquist, Larry Rivers, Cy Twombly, and John Chamberlain among many others. A portrait of him with his many clients, taken by Photographer Bill King, was featured in Esquire magazine in 1974.

Browse The Rest of This Sale: C2/LX: Spring Rally