reoffered due to non paying bidder

From the Private Collection of Joseph Rondina

overall good condition, with scattered chips and abrasions, repair to back of one head, and chip to the back of the other head 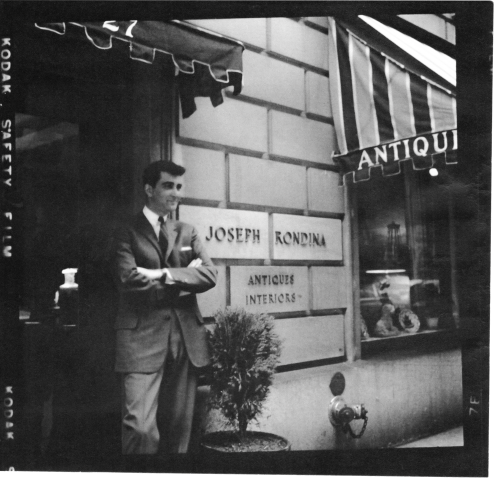 Returning to the U.S. at the end of the war with a renewed appreciation of art and history, as well as a continental approach to decorating, he graduated from the Whitman School of Design in New York City. He opened Joseph Rondina Antiques in 1957 on East 62 Street at Madison Avenue, taking over the existing premises of Williams-Michelsen. With his instinctive eye for elegance and refinement, it was not long before his establishment was the go-to destination for European aristocracy, scions of industry, notables of the social register and café society from the U.S. and abroad.

His interests focused primarily on European 18th century decorative arts and furniture, over time developing to include Chinese, Korean, Indian, Siamese, Cambodian, Persian and Japanese, bringing a more esoteric and exotic style to the market. With his sensitivity to changes in taste, he captured the mood of the period and knew exactly what was appropriate for the time. It would bring him enormous pleasure to see his collection enjoyed by the next set of owners. The selection of furniture and objects in this catalogue tell a story of an intensely private individual and give an insight into an extraordinary life well-lived.

(excerpt from The Private Collection of Joseph Rondina catalogue)

Browse The Rest of This Sale: LX: Asian Art and Antiques