Words by
Capsule
Published on
September 14, 2022

The San Francisco Gate once called the work of the Memphis Group "a shotgun wedding between Bauhaus and Fisher-Price." While it may be an understatement to call the collective's quirky aesthetic divisive, its lasting impact on the design world is undeniable. Many examples of Memphis' finest pieces, ranging from tableware to sculpture, are included in Litchfield's upcoming sale, The Prindle Collection. 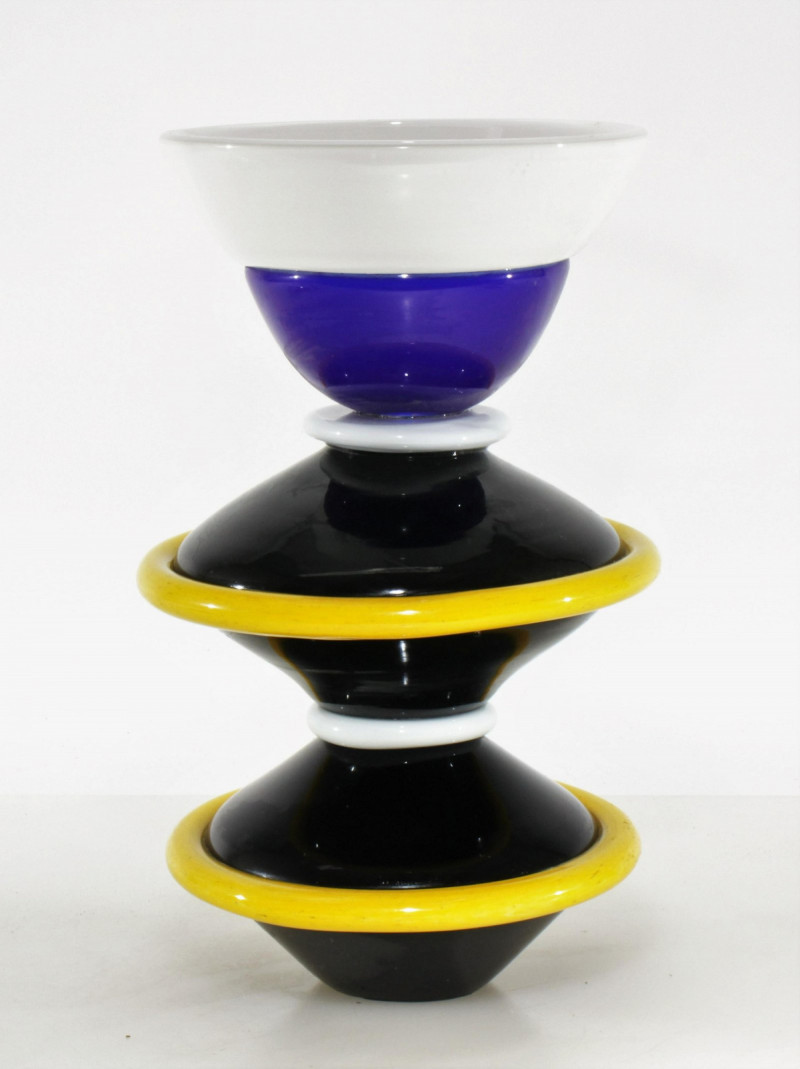 In 1981, famed Italian architect Ettore Sottsass called a group of designers to his Milan home to discuss the possibility of creating a new design collective. Rumor has it that Bob Dylan's Stuck Inside of Mobile with the Memphis Blues Again played repeatedly during this first meeting of what would become the legendary Memphis Group. While the name of the group was certainly inspired by the classic tune, Sottsass has also said that the word Memphis was chosen because of its vagueness. Referring to both the Tennessee city and the capital city of Ancient Egypt, its ambiguity became a sort of ethos for the group, whose approach to design was nothing if not eclectic. 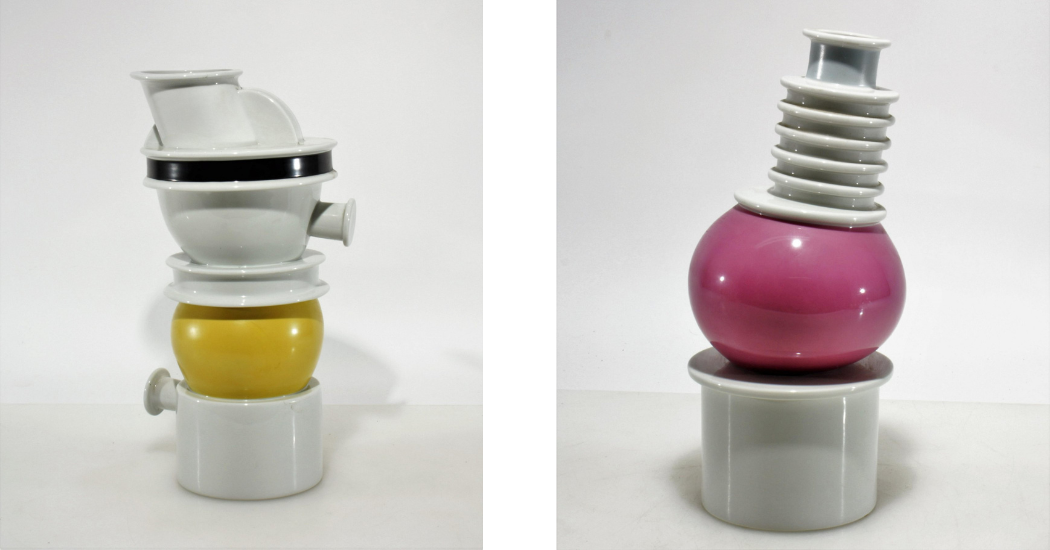 At its core, Memphis was a rebellion against the mainstream. The mid-century modern style of the 1960s and the minimalism of the 1970s had popularized design that prized muted colors, clean lines, and a "less is more" philosophy. Sottsass and his colleagues were bored with this level of restraint. They conceptualized something that was purposefully gaudy, playful, and, in the founder's words, "outrageous." Borrowing geometric shapes from Art Deco style, bright colors from Pop Art, and kitsch aesthetics from the 1950s, Memphis sought to reflect middle-class tastes rather than those of the established design world. The group's insurrectionary attitude was also reflected in their choice of materials, which included plastic laminate and terrazzo. Synonymous with commercial decoration, these elements fly in the face of fine design conventions. 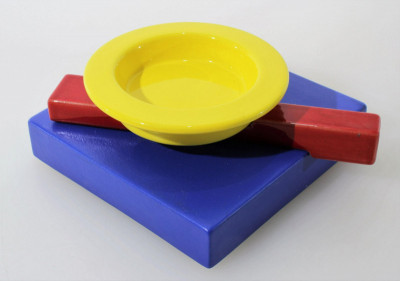 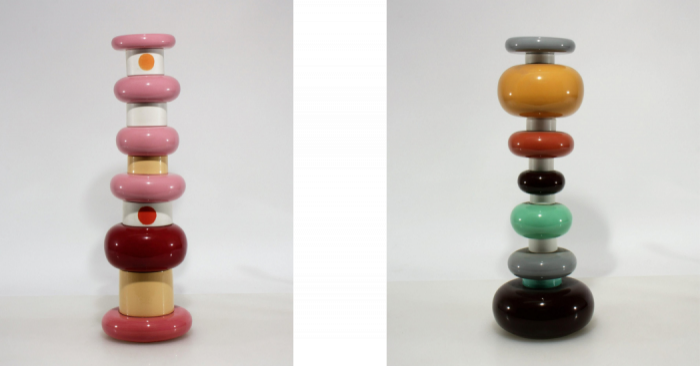 At a glance, thanks to its love of bright abstract shapes, the Memphis aesthetic might read as "retro" to contemporary audiences. Sottsass' Bacterio print, made up of short squiggles, became an icon of the group's daring approach to design. However, despite its resemblance to trends of decades past, Memphis was decidedly forward-looking. The group's ability to transform what's mundane and tacky into brilliant works of design was wholly new.

Three months after their initial meeting, Memphis made their debut at the Salon del Mobile of Milan furniture fair. Despite the ensuing commercial rejection, which was not only expected but invited by the group, it developed a cult following. Karl Lagerfeld can be counted among this band of supporters; he bought Sottsass’s first collection in its entirety. David Bowie was also a fan, having collected over 400 of the collective's pieces over the course of his life. 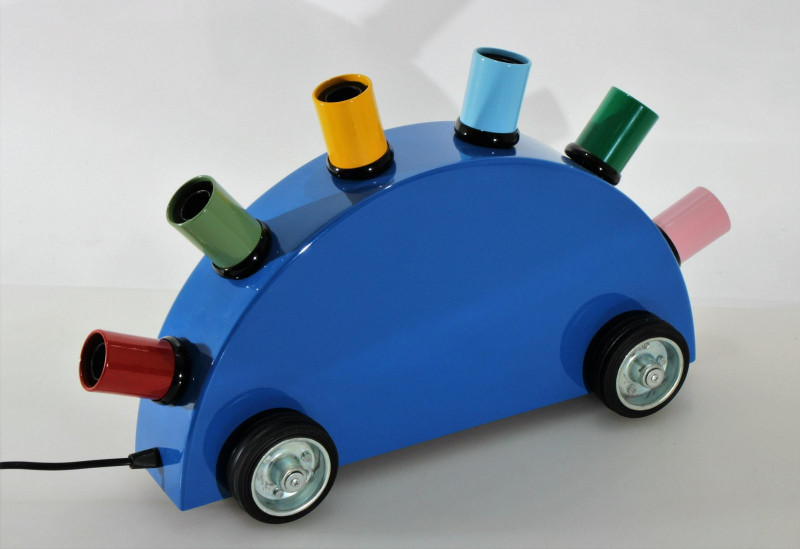 Some of the group's notable members included Alessandro Mendini and Peter Shire, both of whom are featured in the collection of John Prindle. Celebrated French designer Martine Bedin is responsible for conceiving one of Memphis' most innovative designs, the Super lamp. As a child, she recalls being fascinated with "forbidden things." Perhaps it's this inclination towards the taboo that galvanized her to create this unexpected lamp on wheels, which is also up for auction. A prototype of the Super lamp resides in the permanent collection of the Victoria and Albert Museum in London. 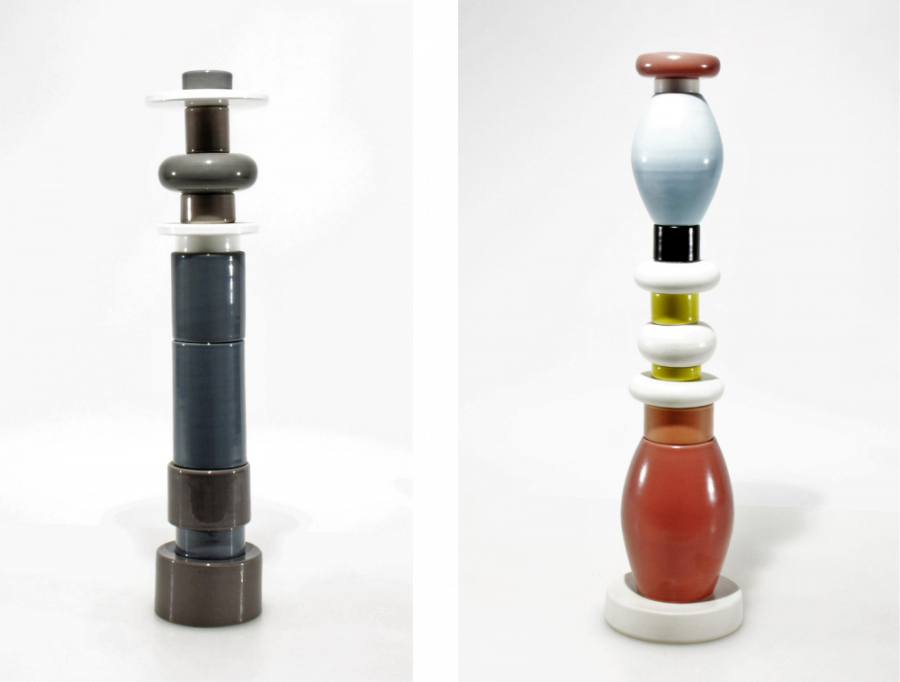 Sottsass left the group in 1985, just three years before Memphis dissolved entirely. Although its run was short and its design niche, the collective proved a powerful influence on pop culture. Many 90s television shows like Miami Vice and Saved by the Bell drew from the bright abstractions when curating their own looks. Surfing, skating, and skiing subcultures also adopted aspects of the aesthetics. In Dior's Fall 2011 show as well as Missoni's Winter 2015 collection, Memphis influence is glaring. Wired magazine even credited the group for inspiring corporate logo design in the 2010s, calling the visual branding of many startups from the era "corporate Memphis." In recent years, alum Nathalie du Pasquier has collaborated with brands like American Apparel, HAY, and West Elm to create Memphis-inspired items. And, just this year, Swiss designer Christoph Radl curated a show for the Triennial Milano called Memphis Again. 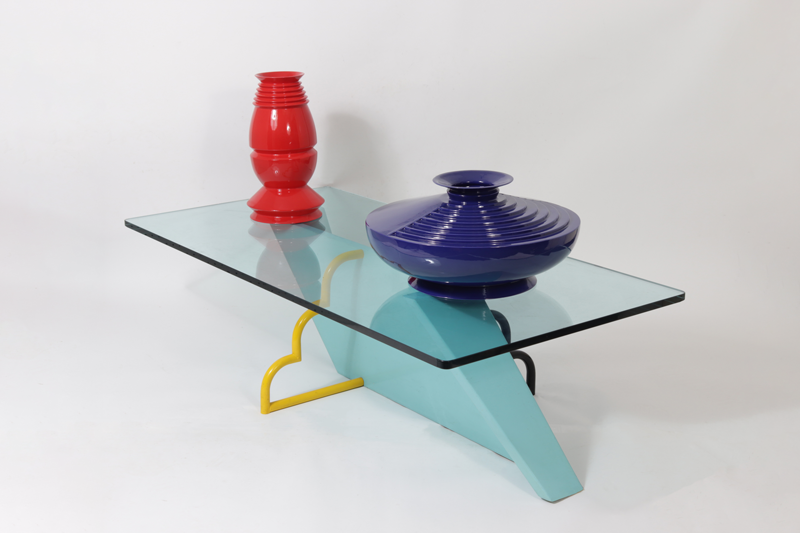 The Memphis pieces featured here and many more are included in Litchfield's upcoming sale, The Prindle Collection. Bid now or bid live during the auction: the first session goes live on September 20th at 10:00AM ET with the second session to follow on September 21st at 10:00AM ET. All property ships from Litchfield, CT. 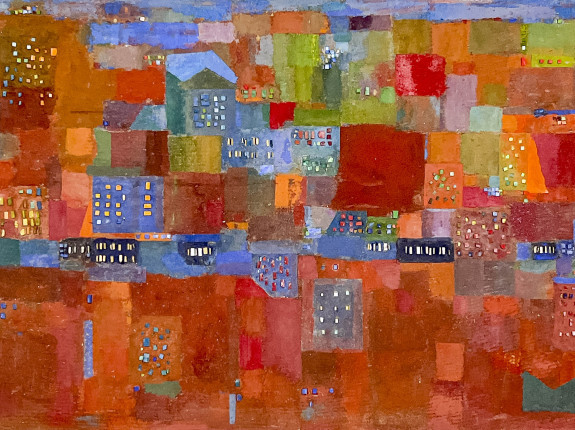 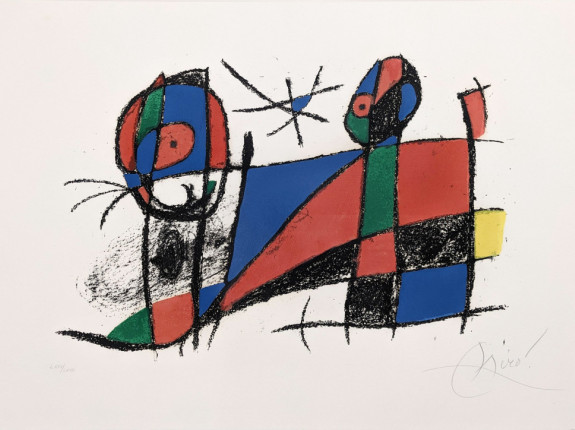 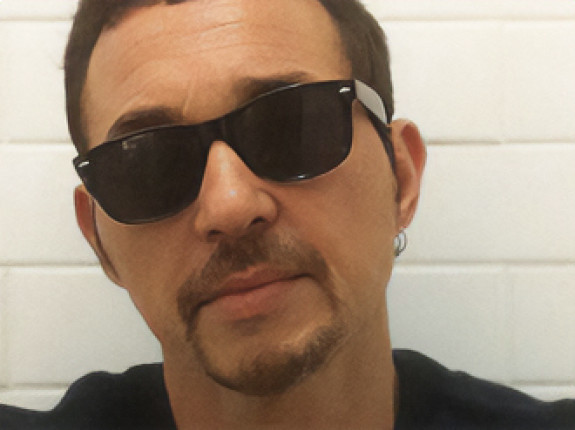 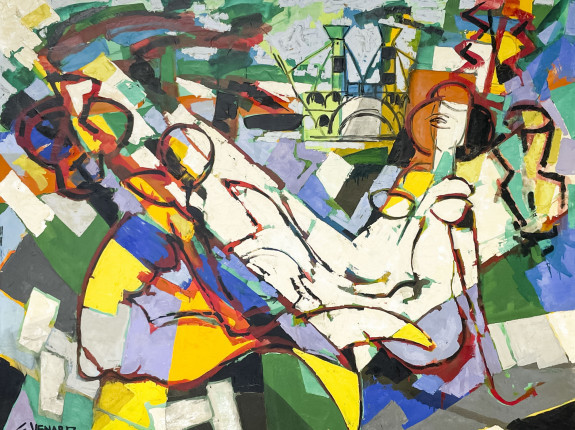